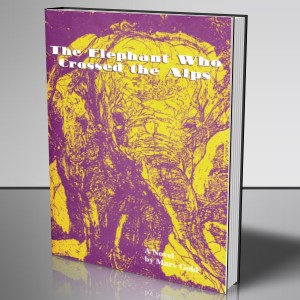 The Elephant Who Crossed The Alps
by Marv Gold

The story of Hannibal, the greatest and most successful of the Carthaginian generals to oppose the Mediterranean hegemony of Rome in the spring of 1217 B.C. Leading some 90,000 troops and a small band of war elephants, Hannibal successfully invaded Italy by crossing into the Roman empire by way of the Pyrenees, Alps, and Apennines mountain ranges. Novelist Marv Gold pays close attention to historic details as he tells the story of Hannibal through the eyes of his mistress Pilar (a royal camp follower and trained assassin). This is replete with colorful characters, plot twists, military strategy and dramatic battles.
Midwest Book Review