A tribute to shel 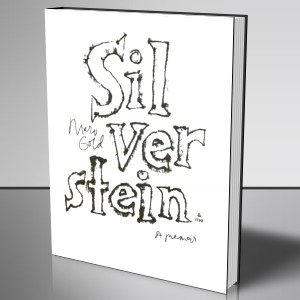 Every life has a story, every memoir is a narrative, Shel Silverstein's memoir is livelier than most because he was busier, zanier, feistier than most people. Full of more contradictions, skips and flip-flops, ups and downs than anybody I ever knew.

But it was a good question, and I decided to look into it. This is the result. A memoir of my searching for the Shel Silverstein I knew. If it reads like a mystery, it's because he essentially was.

In 1935 I gave the kid a stick of gum, and we went on chewing the fat for the next 64 years. He never said he was a Renaissance man, and I never thought so. We never heard words like that. We just chugged along in Chicago, making a living, liking what we did. If possible. He liked cartooning and became a humorist. I liked radio and film and became good at that.

I knew him when he had hair on his head and none on his face. When his nose and eyeballs didn't protrude. When we traded comic books. When I taught him how to roller skate. When he wasn't interested in a bar mitzvah or parties or school. Of such stuff memoirs are made.

At fifteen he was a brash, skinny, loose-jointed, bushy haired kid who trailed after me at Roosevelt High in Albany Park, Chicago. I was cranking out cartoons and a humor column in the school paper. He was getting by and pestering the hell out of me with questions about cartooning. But we were friends and I've written about our pranks & ploys from grade school through high school, to four colleges, the Army, Playboy, his travels, poems and songs right up to his last days in Key West in 1999. So what made Shel tick?
Open the book . . . and listen.

"Put something silly in the world that aint been there before."
Shel Silverstein