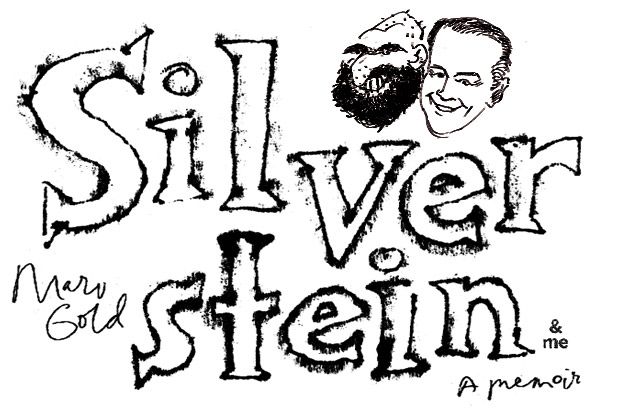 Shel was a man of many turning points. His first was in 1953 when he started cartooning for Stars & Stripes. The second was in 1955. It was a very rough year. Freshly discharged from the Army, Shel had no civilian cartoon samples, no sales, no leads, no job. One noon he met me downtown and sang the blues. He'd heard about a new publisher named Hefner, and tried to see him. No soap. But he'd left some Army cartoons with him, and weeks later he did hear back . .

"Well, a couple weeks went by when, big surprise, I get a call to come down, Mr. Hefner will see me tomorrow. Hey, an actual appointment! So the next afternoon, I make the same pilgrimage past Holy Name, and no waiting—I'm shown right in.

"No chair for guests, so I slid down the wall, sitting cross-legged on the shag rug, and said, "Howdy."

"He didn't bother to look over. He was wearing red pajamas and sucking on a Pepsi, He kept flipping pages, I kept on chewing gum.

"Finally, he waved my book, "You did these?"

"They're very good. For the army. But I wonder what you can do for Playboy."

"All depends what Playboy can do for me."

"Love your spunk. Good. That's the Playboy spirit. I'll tell you what Playboy can do. Look at the magazine stands. Show me a glossy new full color 50¢ magazine that's selling like wildfire. There's only one. Playboy."

When do we get to the Q&A?, I wondered. The basics. Address. Phone. Experience. The whole interview drill.

But somehow we never did. Somehow, it escalated into Hefner's own feverish pitch.

"What is Playboy? I'll tell you. The dictionary says it's courage. Also that it's pulling strings. Well, we do both. We offer courage to young men, executives, veterans. We get them connected to a tough new world.

"What do they want? The war is over. They want adventure, wealth, sophistication in their fiction, fashions, cars, the arts, sports, travel, quips and games, and the latest in manly advice, guts—and women! You can call it brass, balls, chutzpah, but it's still courage. And as for pulling strings, that takes courage too, whether it's G-strings or networking, Shel."

"Instinctively, I knew this guy was off the wall, as nutty as a fruit cake. So I shut up and listened. A 50¢ skin magazine was going to be the second coming? Sure sounded like a con. But there was something to this guy's madness, and I thought it fit him like a glove.

"Playboy is a magazine made for your age and place in life, one you will read regularly, and now you can be part of it. You can be a charter staff member, our first exclusive cartoonist with all the fame and wealth that the job includes.

"Why are you yelling, Mr. Hefner?"

"Sorry, guess I get enthused. And the other thing?"

"Well, Shel, we are a start-up. And within a few months we expect to put you on a regular salary. But for openers, let's call it a trial period and pay you per cartoon printed."

"Ohhh, free-lance. The way you were talking, I figured this was going to be steady income."

"It will be. Of course, it will be. But bear with me, just be patient for a few months and you'll see, you'll be handsomely rewarded."

Shel summed it up. "The guy, the office, the magazine looked iffy. My deal looked flaky. It was a gamble for sure. But I really hadn't had any better offers lately, or for that matter any at all. I reached over and shook his hand, "Okay. Just put it in writing and I'll start next week."