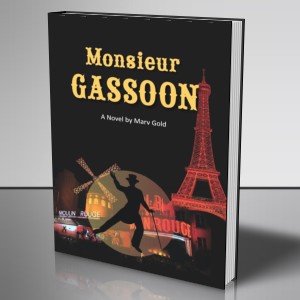 Pardon our French, but this is a book about the world’s foremost fartist. Presented here as a fictional figure, he really did get paid to break wind at the swank Moulin Rouge in Paris.

And from 1892 to 1914 he became its Number One attraction, outdrawing such stars as Sarah Bernhardt, Maurice Chevalier, Piaf, and Mistinguette.