Nobody said it better than Shel Silverstein 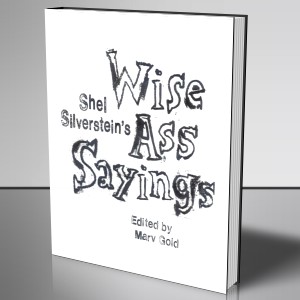 As a hermit in Key West, Shel Silverstein was named the island's poet laureate. Shel changed it to pirate laureate. He was that way. Some might say he was an ornery galoot, and he'd debate you all night until you agreed there was nothing ordinary about him.

Only then might he tend to admit he was.
Flippy? Yes. He was also risque, raunchy and downright rude. All good reasons to hide this book. Conceal it in your fanny pack.

Bury it under a couch cushion, stow it in a glove compartment or hide it behind your books.
But keep it handy. No telling when you'll need to get the last word with a blistering wiseass remark!